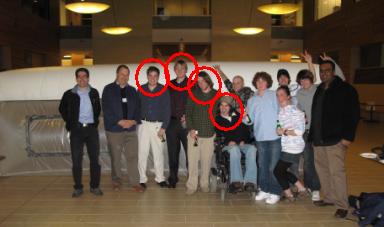 Snowboarders doing aerobatic stunts can sustain serious injuries when landing on hard snow. A group of four fourth-year IGEN students (Andy Nairn, Will Morris, Steven Slen, and Aaron Coret, respectively circled in the picture above) decided that an air-filled landing pad was the answer. 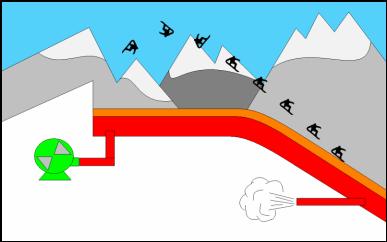 The key idea behind the pad is two air-filled chambers, a thin upper chamber filled to high pressure overlying a thicker chamber filled to lower pressure. Air is continuously pumped in at the uphill side. A rider can “ride out” a landing on the harder upper surface but the landing (or fall as the case may be) causes venting of the softer lower chamber. 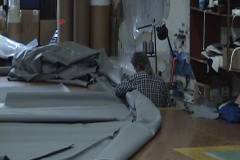 Construction of the prototype was done by a local sail maker, North Sails, who kindly donated assistance, time and facilities. Considerable testing of pumping and venting systems was required. Since the design team graduated, the system has been re-designed and re-built and underwent extensive testing in the winter of 2007-08.